Your web browser does not support javascript!

Javascript is required to use of this website, please update your web browser or change its settings.

The Polish National Radio Symphony Orchestra (NOSPR) is one of the most important symphony orchestras in the country, as well as a dynamic institution whose activities span various disciplines of culture. 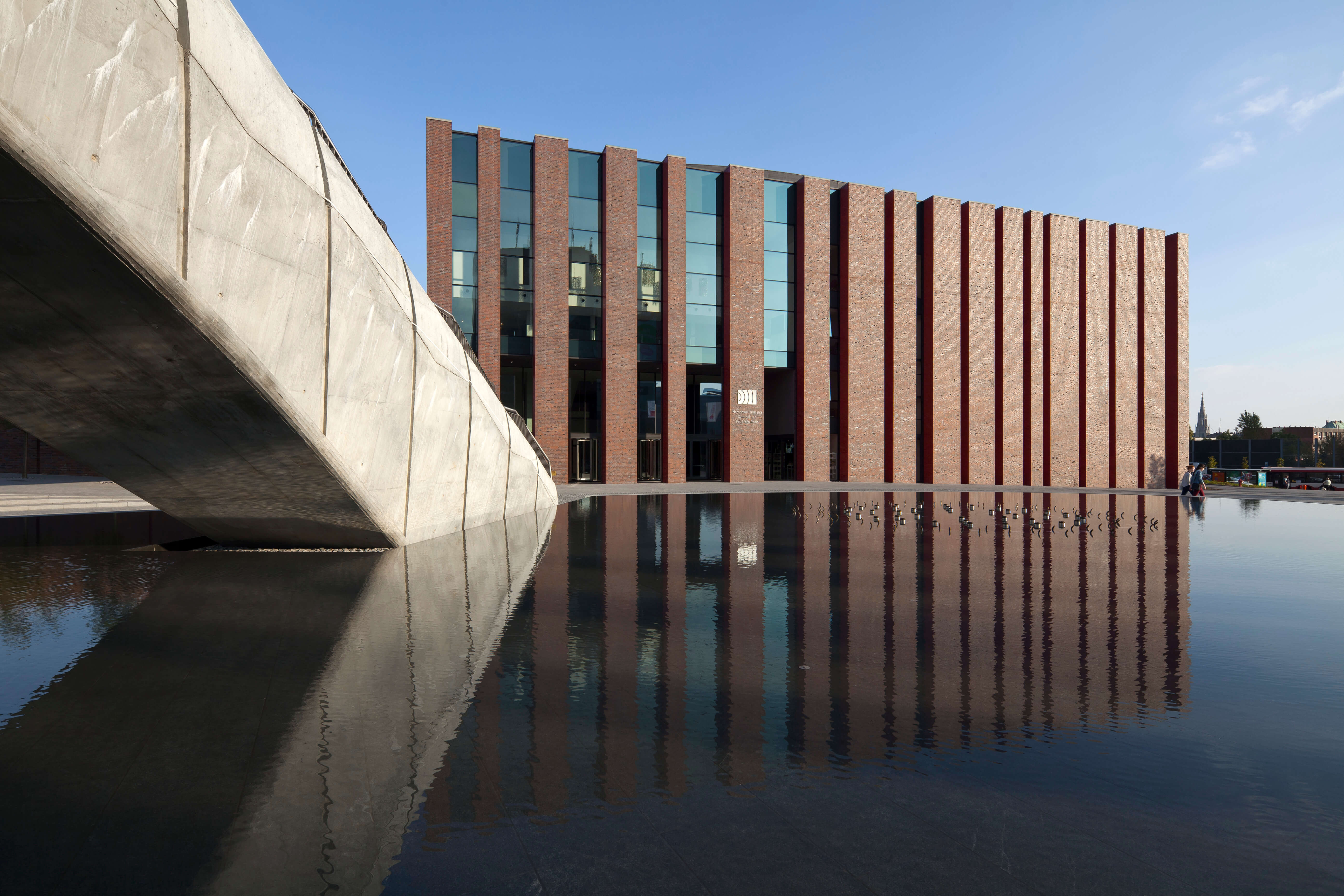 The history of the ensemble reaches back to 1935 and is irrevocably bound to Grzegorz Fitelberg, who was tasked with creating the first self-contained radio symphony orchestra in Poland. Its first performance was aired on 2nd October 1935 and since then, it has always been present in Polish Radio broadcasts. After World War II, the orchestra was reactivated in Katowice, Witold Rowicki being entrusted with its recreation in 1945.

Over the following decades, the ensemble has been continuously reinforcing its international renown with performances in leading concert halls across the world and collaborating with the greatest artists of our time, such as Leonard Bernstein, Martha Argerich, Plácido Domingo and Artur Rubinstein. The orchestra has been entrusted with first performances of their works by such composers as Witold Lutosławski, Wojciech Kilar, Henryk Mikołaj Górecki and Krzysztof Penderecki, while NOSPR’s recordings have been released by the most prestigious labels. Over the years, the orchestra has worked with exquisite conductors including Jan Krenz, Kazimierz Kord, Tadeusz Strugała, Jerzy Maksymiuk, Antoni Wit, Gabriel Chmura, Jacek Kaspszyk and Alexander Liebreich. Currently, the ensemble’s rich tradition is being followed under Lawrence Foster as Artistic Director and Chief Conductor, while Ewa Bogusz-Moore serves as General and Programme Director. 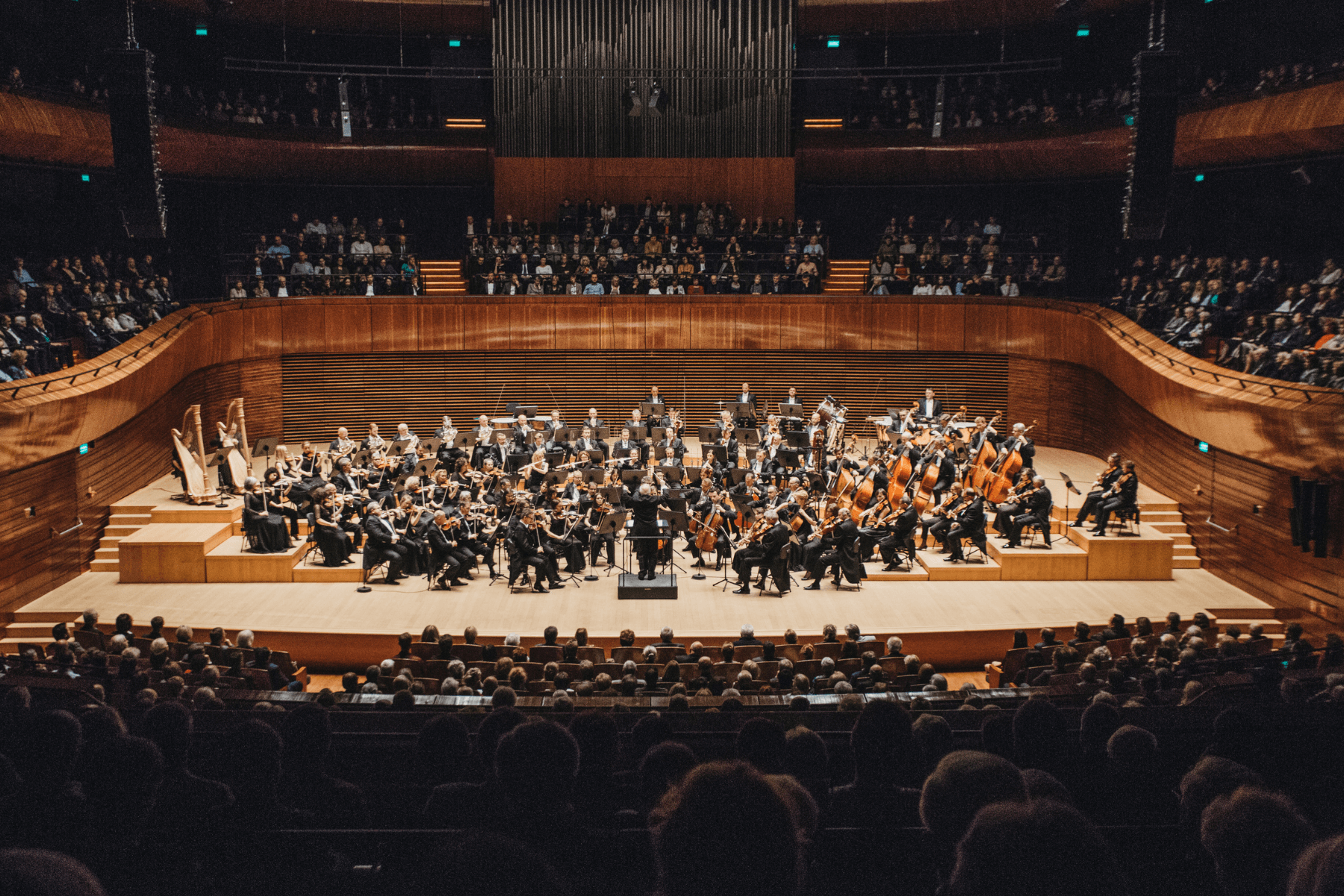 At every step in NOSPR’s history, its relationship with technology has been a constant feature of its identity. In the late 1960s, thanksto its then artistic director, Bohdan Wodiczko, the orchestra initiated its long-term collaboration with television. Currently, the Internet is becoming increasingly important in building the orchestra’s relations with its audience.

NOSPR’s seat is a modern building design by the Katowice-based architecture firm Konior Studio, housing a 1800-seat concert hall, the chamber hall, and numerous spaces for workshops and educational purposes. The Concert Hall, with acoustic design by Nagata Acoustics, is widely acclaimed as one of the best-sounding halls in the world. In 2023, it will be equipped with a pipe organ, one of the largest instruments of its kind in European concert halls. The extraordinary opportunities offered by the venue have found wide recognition among audiences, artists and other stakeholders in the musical world. This has been proven with the acceptance of NOSPR, as the only institution in Poland and one of only two in Central and Eastern Europe, as a member of ECHO, an organisation gathering 21 most prestigious European concert halls.

Katowice in Upper Silesia is known for its hospitality and a thriving economy. Vienna House Easy Katowice skillfully combines these values. This colourful modern hotel is a perfect starting point for business travellers as well as visitors to the Spodek Arena or the International Congress Centre. The cuisine is also worth coming back for – try it and see for yourself. It’s all about movement. Silesia is a region rich in cultural assets and historical sites. For those of you who don‘t have time to explore the beauty of the region but would still like to be active, the team recommends the hotel‘s fitness facilities, including sauna.

Central. Flexible. 24h support: The hotel offers 13 conference rooms with a total capacity of up to 600 people. Uncomplicated conferences – and only five minutes away from the Spodek Arena. The event team anticipates any request you may have and supports you throughout the whole process. Did you know that Silesia is one of the fastest growing regions in Europe? The former manufacturing town has blossomed into a modern-day city with a thriving economy. If time is of the essence, the motorways provide fast and easy access to the major European cities. For more information, please contact the professional events team!

Browar Przystań is a restaurant with a restaurant brewery managed by the company Browar Przystań Sp. z o.o. The haven was one of the first investments in Park Śląski and played a key role in the cultural development of the region. It hosted representatives of the highest state authorities, foreign delegations and famous figures of public life and science. Over the years of glory, the place has gained extraordinary popularity and has become a place of worship of family and business traditions. The name was not accidental. Przystań combined prestigious events of science, culture, art and sport. The life of this place collapsed in the mid-90s, when the building fell into disrepair. Over the years, Przystań has been "looking" for an investor who will not only take care of the revitalization of the place, but will make every effort to continue the cult of tradition, both architecturally and in terms of the nature and original concept of activity, which is the historical heritage for the region.

At the beginning of 2019, Przystań restored its former splendor and breathed a new spirit. As a result, on over 1500 m2, a unique place in Silesia, full of history, was created, which is much more than just a historical building. Today, Przystań is a unique place where, regardless of the seasons, the social, business and cultural life of Upper Silesia takes place.

The Silesian Museum is a regional museum co-led by the Marshal Office of the Silesia Voivodship and the Ministry of Culture and National Heritage of the Republic of Poland.

We are inspired by the heritage of Silesia: its intellectual and artistic achievements and its rich multicultural history. Our venue at the former mining site points to the significant role that the industry has played in the region. We have turned the former coal mine into a cultural mine, and, 14 metres below the ground level, have provided access to rich and diverse collections. The depths of the Earth now contain the Gallery of Polish Art 1800–1945, the Gallery of Polish Art after the Year 1945, the Gallery of Silesian Religious Art and the Gallery of Non-Professional Art, as well as a hugely popular exhibition “The Light of History: Upper Silesia over the Ages.” The exhibition of set design for film and theatre: “Laboratory of Space: The Past in the Present” is a truly unique show at Centrum Scenografii Polskiej.

The underground space also includes educational rooms, a library with a reading room, an auditorium with 320 seats, an educational corner for children and space for temporary exhibitions that is 12.5 m high. After exploring the riches of the depths of Muzeum Śląskie, you might want to have a look at Katowice from quite a different angle offered by our observation tower. The observation platform is located 40 metres above the ground. The former Warszawa II shaft offers views of the entire Culture Zone and the city skyline. After a day of observing art, you might also want to head for one of the three museum restaurants.

Energy 2000 Katowice is a history of the best events in the very heart of the Silesian agglomeration that has been going on for over a decade! Our restaurant is one of the largest and most modern entertainment centers in Europe and one of the few in the world, whose unique design and decor was created by American creators and designers of the most famous casinos in Las Vegas. The largest dance floor in Poland and 3 different music and climatic rooms are waiting for you. In addition, 6 well-stocked bars, a powerful sound system with a total power of 100,000 W, amazing color lasers, multimedia projections on huge LED screens, pyrotechnics shows and the latest stage technology straight from the USA. Behind the console there are the biggest stars of the Polish and foreign club scene, and the diverse atmosphere on many dance floors satisfies the most sophisticated musical tastes. Our events are graced with concerts of famous artists, the best club events, shows of the most famous performers and performances of the best dancers and dancers. Energy 2000 is the only club in Poland and one of the few in the world to have the ISO 9001 quality certificate, which is why we guarantee friendly and fast service as well as professional and discreet protection, which will provide you with comfort of play and 100% safety. Our club is located in the very center of Katowice, in the building of the former Capitol cinema at 3 Plebiscytowa Street, 400 meters from the market square, 500 meters from the main railway station, 1000 meters from the Katowice Bus Station.

The Rialto cinema was built in 1912. The building, owned by Martin Tichauer and Berthold Kochmann, was opened on November 7, 1912, under the name "Kammerlichtspiele". It had a screening room with 800 seats, a podium for a 20-person orchestra, and a cigar room, wine bar and beer hall on the first floor. The first press mention of the cinema dates back to January 17, 1913 and is an advertisement in the "Górnoślązak". Already at the beginning of its activity, "Kammerlichtspiele" organized open-air shows in the area between the cinema building and the railroad network.

The cinema changed its name several times during its operation. In 1928, under the influence of a Sanation campaign calling for the removal of the German language from public life, the cinema was renamed "Rialto". Once again, in 1938, the then lessees of the cinema - Jerzy Kunstliger from Katowice, Dr. Menasse Katz from Kraków, and Dr. Leopold Glesner from Warsaw - changed the name of the cinema to "Słońce" ("The Sun"). Further changes took place in 1939 when the cinema was renamed "UFA - Theater Rialto", and in 1945 when it finally returned to the name "Rialto".

From 2004 to the end of 2005 the building underwent a general renovation, which was completed with the conversion into a movie theater.

The Courtyard Katowice City Center positions you within minutes of the Spodek Arena, which is the landmark of the Upper Silesian Metropolis, through the International Congress Centre, to the National Radio Symphony Orchestra and Silesian Museum and business headquarters. Recently designed and brimming with many amenities the Courtyard Katowice City Center is an ideal destination for business quests, vacationing families and couples planning weekend getaway. Our spacious rooms with comfortable new bedding, convenient room coffee set and with views of the Upper Silesian Metropolis skyline. Additional amenities here at the hotel include: fitness club open 24/7, squash courts, sauna as well as delicious dining at the 27th floor restaurant. Located on the top the 27th floor of the building, the hotel restaurant serves both international and local cuisine, as well as offers a broad range of drinks and desserts.

This website uses cookies to allow the registration of event participants and service related processes. By using this site you agree on the use of cookies according to the current browser settings.